13-Year-Old Girl Almost Kidnapped By Man In Black Van, Her Quick Thinking Has Him Running Away

This is every parent’s worst nightmare — your child being kidnapped. Imagine someone grabbing your innocent child and never seeing them ever again. Just the thought of that would make any parent and anyone sick to their stomach.

This is a thought that Cynthia Trotter almost had to deal with this experience and now she is sharing her story so that no one else’s daughter, parent or child in general has to deal with this sort of pain and tragedy.

Trotter’s 13-year-old daughter was on her way home from school when a black van pulled up next to her. A stranger rolled the window down and said, “Hey, baby girl.”

However the teen girl’s sharp instincts kick in and she began to walk faster. Once she did that, the man man drove ahead of her, stepped out of the vehicle, and grabbed her.

In that terrifying moment, the girl used the only thing she could think of to get away: her backpack. 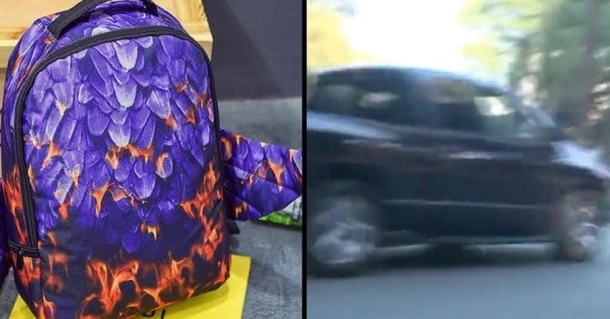 “She threw the backpack at him,” Cynthia said. “He threw it back and so, when he threw it back, she got up off the ground and started running. She was hysterical — crying and stuff.”

Thankfully, she wasn’t far from home at the time of the incident. She ran, crying, as fast as she could into the house. As soon as Cynthia saw her and heard what had happened, she called the police.

Police are now searching for the would-be kidnapper. They are hoping surveillance footage will give them the answers they are looking for.

Cynthia does not have a car, but the teen’s uncle will now drive her to and from school to make sure nothing like this ever happens again. Thankfully, the teen’s quick wits and bravery that day kept her from becoming another victim.

Hopefully, police will be able to identify and find the would-be kidnapper soon so he can never do anything like this ever again.

Were you impressed with this young teen’s instincts and courage? If you are, comment and share below!

Teen steps on stage to perform during talent show. Once his friends join in, it’s a routine unlike any I’ve seen