It was the typical day for this mom and her kids in Ohio. Doing the normal errands with the children and the life of a mother, but this exciting afternoon turned into a terrifying incident once they got into their car.

As Tia Withers finished her shopping at Walmart, she didn’t expect that her day would take such a scary turn. Her and her children were sitting in their truck when the mother spotted something that set her alarms off. 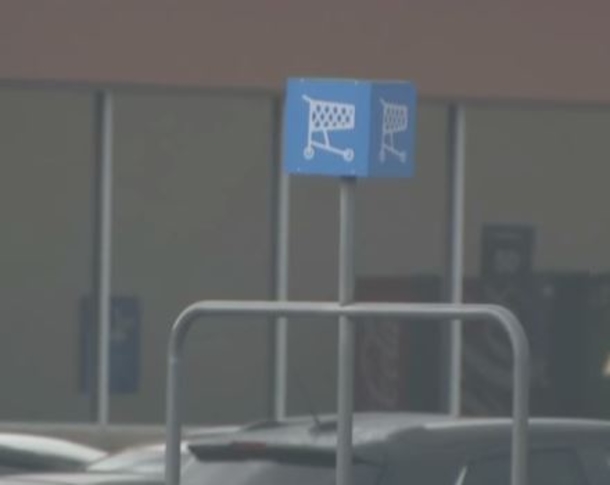 A young boy accompanied by a woman were nervously standing idle next to a vehicle by her truck. There was a man also with the woman and boy, once he turned away, the woman mouthed the following words:

“Help me, we have been kidnapped.”

Now on edge, Tia overheard the man demand that the woman and boy get back into his car or else… They quickly obliged.

Without seconds to spare, Tia acted fast to try and save them. She heroically halted her vehicle directly in front of the man’s car in attempt to prevent him from pulling out of the parking spot and nervously called 911 to inform them of the incident.

But the man rammed his truck right into Tia’s vehicle! Because her kids were with her, she backed off from her efforts to stop him.

However, since Tia had called 911, the police heard everything unfolding. But this mom wasn’t about to let the man and his victims get away, especially since a child was involved. 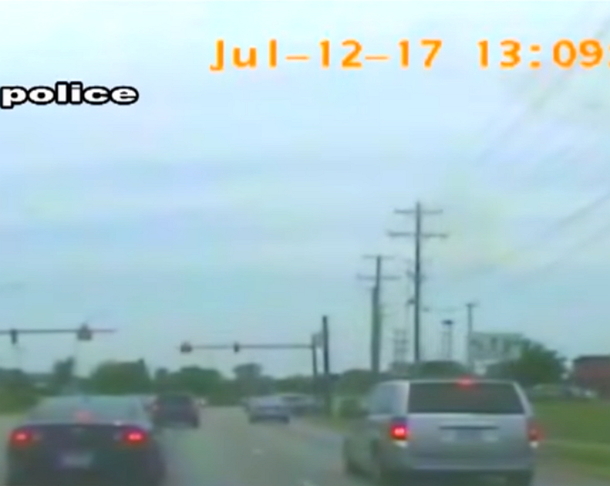 She followed the man’s truck, feeding the 911 dispatcher pertinent information about what direction they were headed, the license plate number and the vehicle’s make and model. She begged emergency workers to quickly intervene.

The dispatcher reassured Tia that help was on the way. Miraculously, the snatched woman also had managed to dial 911 from the vehicle, but of course was unable to talk to the dispatcher with the man near her.

The dispatcher could overhear the man talking about a Western Union and as it turns out, the kidnapper had demanded that the woman give him money. Meanwhile, Tia continued to follow the trio for miles until police caught up to them.

She never hung up with 911 the entire time. She also never took her eyes off the man, including when police apprehended him. According to NBC4i, she said:

“Oh my God, he got out of the car, and he just threw something in the grass.” 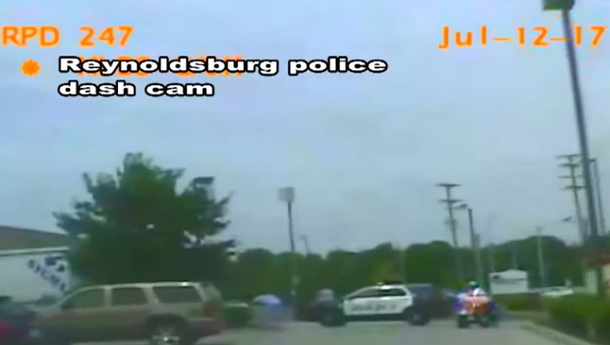 As it turns out, the kidnapper — Michael McKinney — had abducted the woman and boy in North Carolina and drove all the way up to Ohio. After searching the grassy area and surrounding landscaping, they discovered that Michael had chucked drugs into the bushes.

Fortunately, the victims were unharmed, albeit frightened from their experience. Tia could be heard profusely thanking the 911 dispatcher and emergency workers.

Watch the video below to see more on this story.

Teen steps on stage to perform during talent show. Once his friends join in, it’s a routine unlike any I’ve seen

In case you wish to shed the weight quickly, the egg diet…